Hi. In an autumn it began dark to return from working on bicycle, it was time to make light-emitting-diode headlights for my ferrous horse. 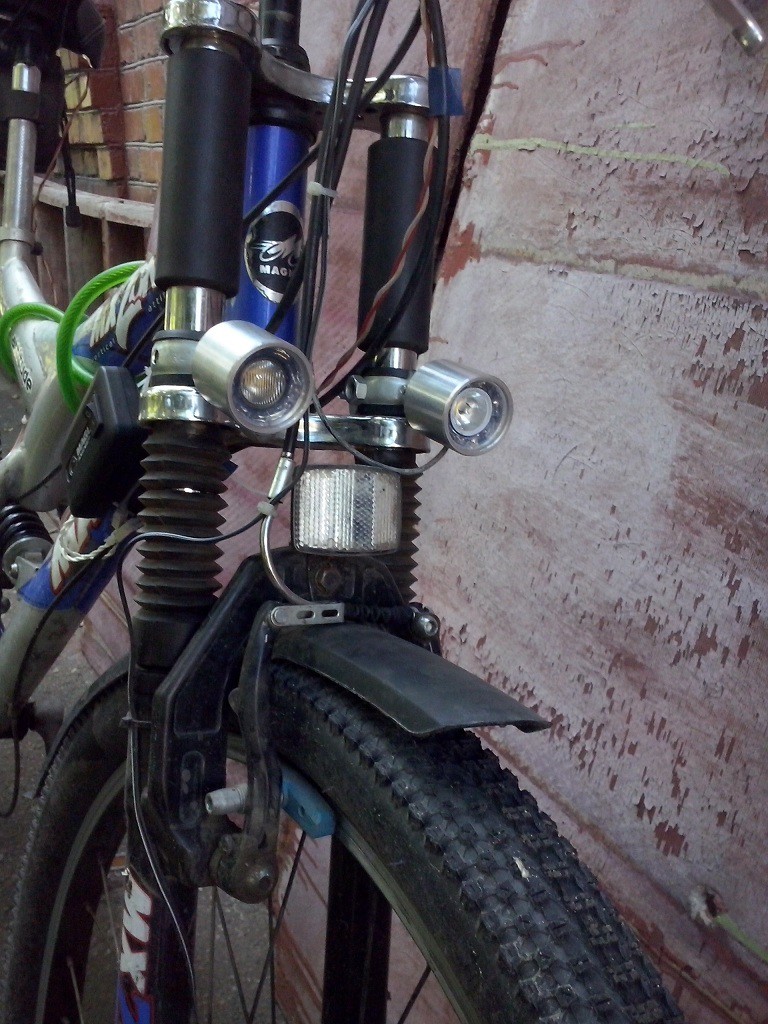