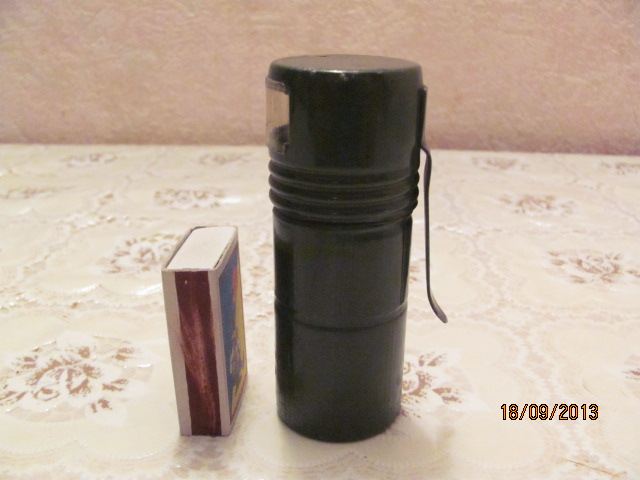 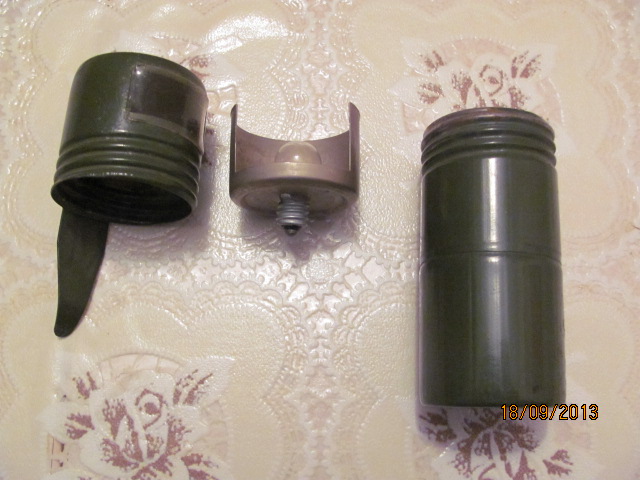 A good solid piece that their weight asserting its power through the years. Lamp is on 2.5 V at 1.5 V with battery lamp had just smolder and this is logical because it is not a flashlight, a marker for other purposes.

Begin to pimp iron this piece.

Here is the circuit which powers 1W LED company OSRAM, as control circuits using DC – DC converter NCP1400ASN33T1G that provides 3.3V and 100mA starts work 0.8 V, in inductor 22nH. LED Lights up on at 3V 40mA, at 70mA it shines pretty well and not heated in it. Circuit tested this circuit before I have another lamp flashlight equipped. 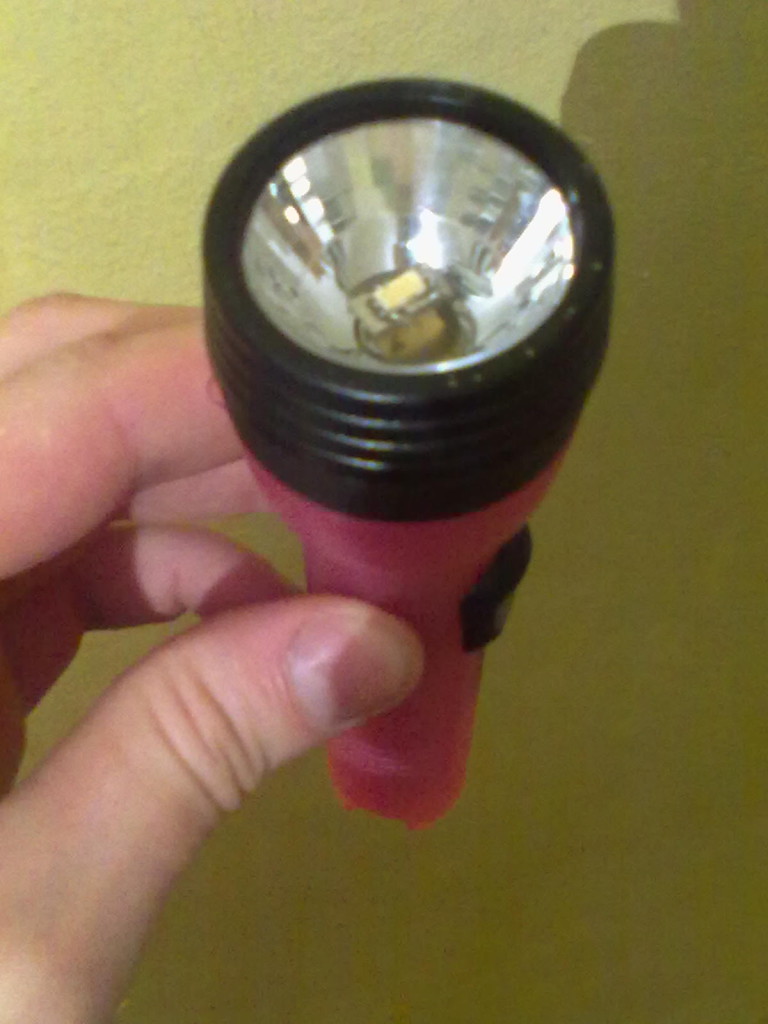 But let us return to our green friend. 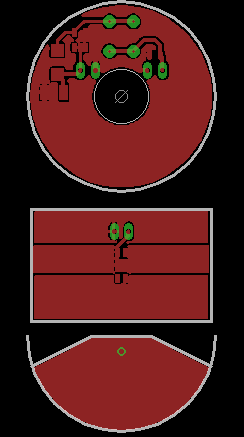 Released this board device. 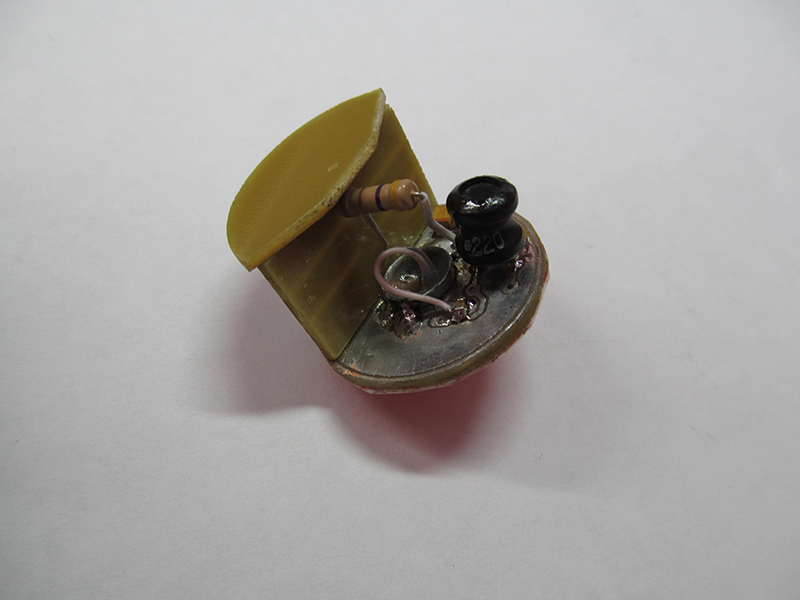 You can see the external resistor at 4 ohm. which limits the current to 70mA. 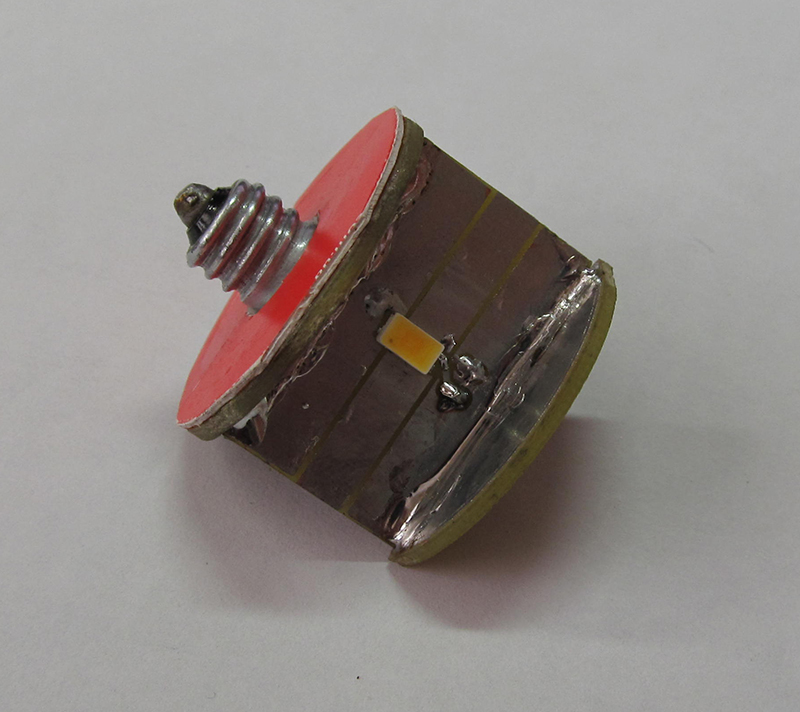 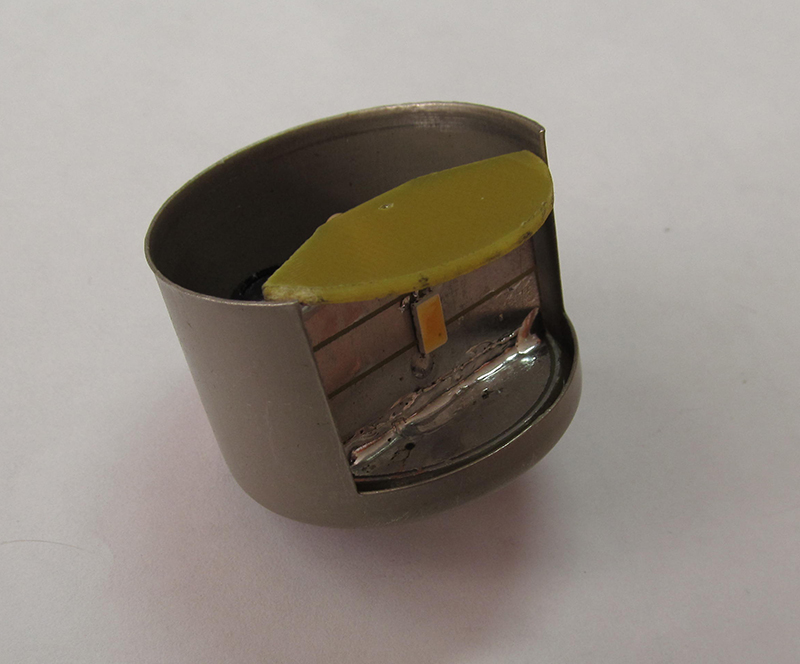 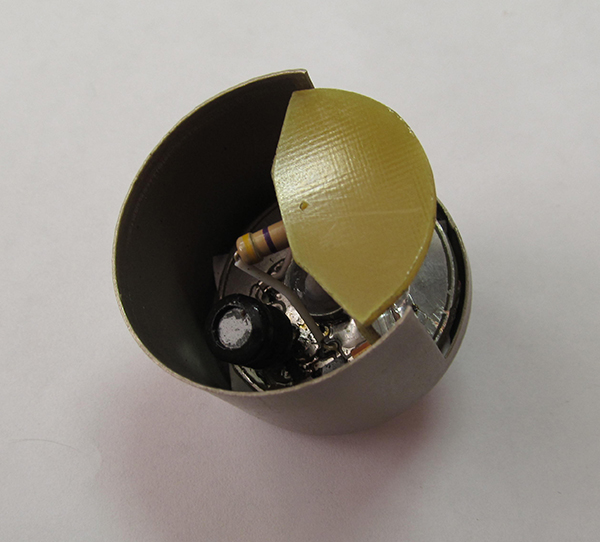 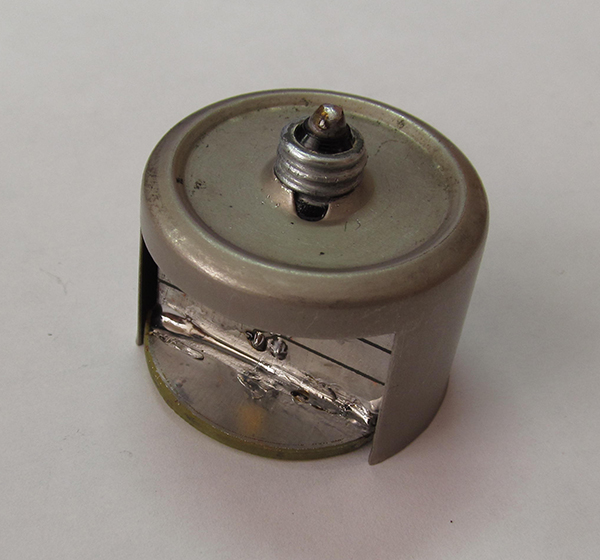 For good contact with the battery will do a spring that is placed between the battery and the bottom. 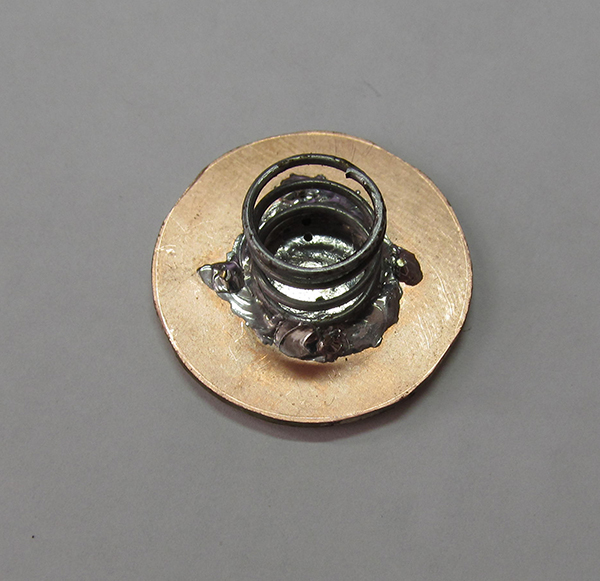 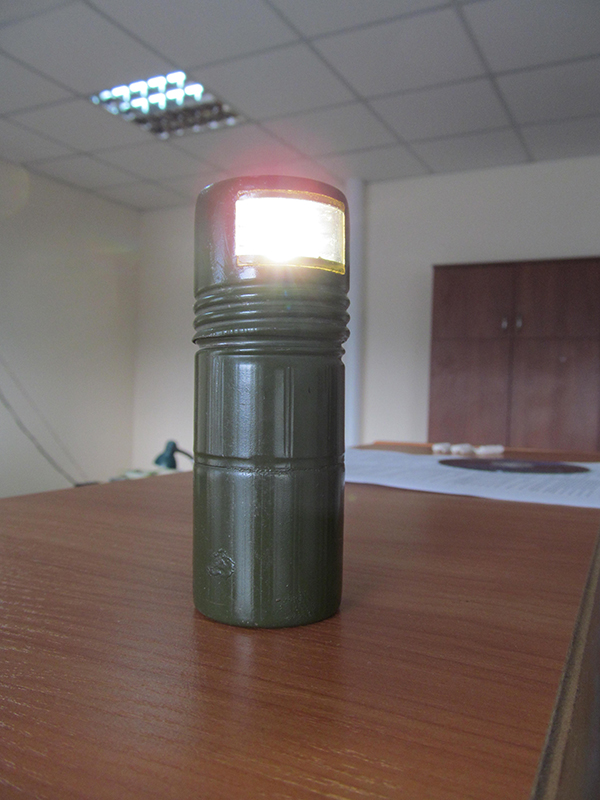 Here is wonderful milytary style flashlight. LED light angle is 120 degrees which is quite brightens small room. Current consumption 100mA from battery,  battery capacity is 4000 mAh R20. actual capacity will show itself in the work.