This converter works almost with any elements. I assembled with his pile of rubbish over, literally 5-10 minutes. Although current output goes low (about 30mA), but with a small strapping power will be enough for LED or microcontroller .

Its main advantage is that it works from 1.2V battery. But be careful if you give it more than 3.0V, then the circuit may fail.

Details of in the circuit can be applied practically any. For example, I put a resistor R1 from 400 ohms to 1.2 kOhm scheme continued to operate. Ferite ring with  15mm diameter, a piece of wire , winding double wire 20 turns, transistor 2N5088. VD2 took Zener diode  at 5.6V. Device work, at the first time.

If not working: and you are sure that all the details you working is fine, then just swap the end of one of one winding. 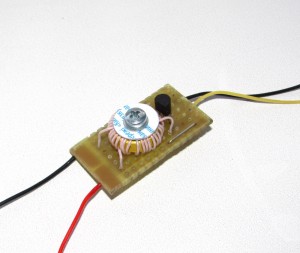 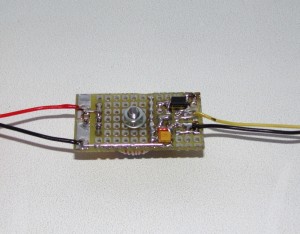