Improvement of the echoLink node and useful links.

In the process of exploitation, there were several problems with the stability of the node, which had to be heroically overcome. Details further. 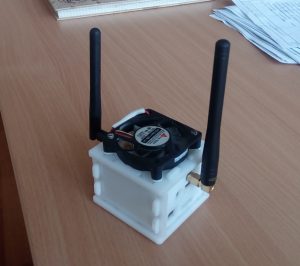 Problems arose with the self-excitation of the node during the transmission, which was accompanied by a decrease in voltage 5V and ended with all that the file system was broaken. Initially, the suspense fell to the fan which was calculated at 12V. power supply and which could cause an additional voltage drop in the transmission mode 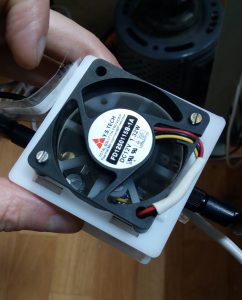 A circuit that switched off the fan at the time of transmission was developed and then, after a couple of seconds, switched it on again when the module enters the receive mode. 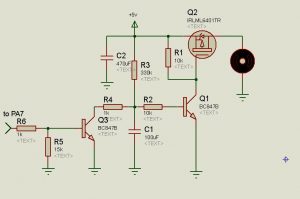 Output PA7 controls the PTT input of the radio module This move significantly reduced the number of self-excitations with a hanging, but did not solve the problem completely. 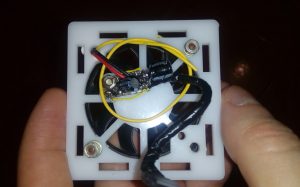 The next step was to add a capacitor 330 μF. , and an additional earth connection from the pin connectors to the radio module housing screen and the SMA connector housing. It was this step that finally solved the problem of self-excitation of hangers. 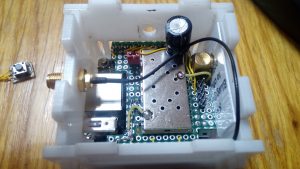 So what to say the project turned out to be very interesting, and the device is compact.

Now useful links that will be useful when setting up a node:

Set up SSH and basic commands for beginners

Send Email directly from the console. It is convenient to forward the config files that changed to the main computer
http://ozzmaker.com/send-email-from-the-raspberry-pi-or-linux-command-line-with-attachments/
http://www.raspberry-projects.com/pi/software_utilities/email/ssmtp-to-send-emails

And the most important point is how to change the language of the console from French into English.

To operate the DRA818 module directly from Orange Pi, you must run the command.

Thank you for the attention.